There Is No Planet B 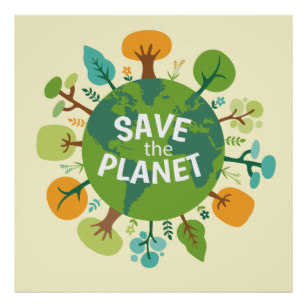 I know, I know, what is this? This is a real estate blog why are we talking about the environment? Well, because the environment needs help, and we need the earth in order to sell houses. I’m going to tell you what global warming is, and how you can help.

Reusables – This one is a bit tougher, for me its hard to find reusable grocery bags locally. You can order a pack of reusable grocery bags from Amazon for $15, so not only will you be saving the earth but it’ll be in style. You can order reusable metal straws from amazon as well, at the most they’re $10, only ten dollars to never reuse a plastic straw ever again. You can find alternatives for literally everything that they make from plastic. Sure one time use plastic is nice and you dont have to worry about it when youre done, but it destroys the earth, and gives us less time to be here.

I know some might not believe in global warming but here are some pictures that have been taken only ten years apart. Now I don’t know about you, but this is scary to me. The way i see things is that everything and everyone was put here for a reason. But its the decisions we made that got us to this point.  As a whole the human race gets so caught up in what they’re doing or whats going on in their lives they don’t see the bigger picture here.

Now lets talk about the leading causes of Global Warming, and I will say in advance, some might not like it.

Food Agriculture- The meat industry is literally the leading cause of Global Warming. It took more than 20 years to broadly accept that mankind is causing global warming with the emission of greenhouse gases. The drastic increase in the emission of CO2 (carbon dioxide) within the last 30 years caused by burning fossil fuels has been identified as the major reason for the change of temperature in the atmosphere. What causes CO2? Major industries and factories. What’s the biggest industry here in the US? You got it, the meat industry. With the way the US is producing meat your children and even grand children might not live their full lives. At some point the earth is going to give the human race the boot, unless we stop and come together to help, not just for the earth to be beautiful again but for the children who are alive now that deserve a chance at life.

The amount of CO2 in the atmosphere has become so large that planting trees can no longer save us. For those that don’t know trees absorb CO2 to grow, they then release oxygen for humans and animals. But a very abrupt realist shows that there is simply not enough room on the earth to plant the number of trees it would take to stop the earth from warming up just 3.6 DEGREES. Only 3 degrees. If the planet were to warm up just 3.6 degrees it will increase the amount of wildfires, droughts, extreme storms. What does it take to stop this from happening? Studies show that we would have to plant over 1.7 BILLION acres of trees, through that it would remove 3 billion tons of atmospheric carbon each year. That is only about 10% of what we emit annually. But planting that many trees wouldn’t solve the problem but it would be a major help.

There’s still one more problem with that, 1.7 billion acres is about the size of the entire united states. The US covers half of the land that’s used for crops WORLDWIDE. So if this tactic were to be planned out this way and used, people everywhere would starve.

Here are a few solutions scientists have thrown in the air to help.

“Since the Great Smog of 1952, which killed 4,000 Londoners in just five days, air pollution has been linked to a shortened lifespan. Over 60 years later and air pollution is still a valid health concern and with more cars on the road than ever, transport is now a major contributor to poor air quality in the UK. Unfortunately, the threat of climate change now hangs over the world and it has been argued that if we do not reduce our polluting emissions we risk the quantity and quality of water resources, crop yields and may even see an increase in climate-related hazards such as droughts and hurricanes, according to the International Panel on Climate Change.”

2. Finding and alternative to plastic/paper. Paper isn’t such a big deal for us, because well, its biodegradable AND we get it from trees, which we get to be lucky enough to know how to replant. We need to find an alternative to plastic that is safe for our environment, and better for us in the long run.

3. Reinvest habitats instead of destroying them- We need to stop looking for space or land to build on when we already have what we need, old buildings and structures will sit for decades without being touched, we can tear that down and plant trees or reuse to building for something eco-friendly.

People and scientists are coming up with new ways all the time to better the earth, our home, everything and everyone living on it. Regardless, its up to the people to decide what we want. To keep investing in plastic companies that don’t care about anyone or anything besides themselves or money, or go the eco-friendly route, by buying reusable’s, to help sustain a longer life span for the Earth and the human race. There is no Planet B.

At North Eastern Group Realty, we are prepared to assist our clients with their significant Fort Wayne real estate decisions. Our corporate commitment is to provide real knowledge, proven experience and professional, quality service. To search all Fort Wayne homes for sale or find a Fort Wayne realtor, visit our website at NorthEasternGroupRealty.com