Look for our newest project Hawthorne Park Estates in the spring of 2010! 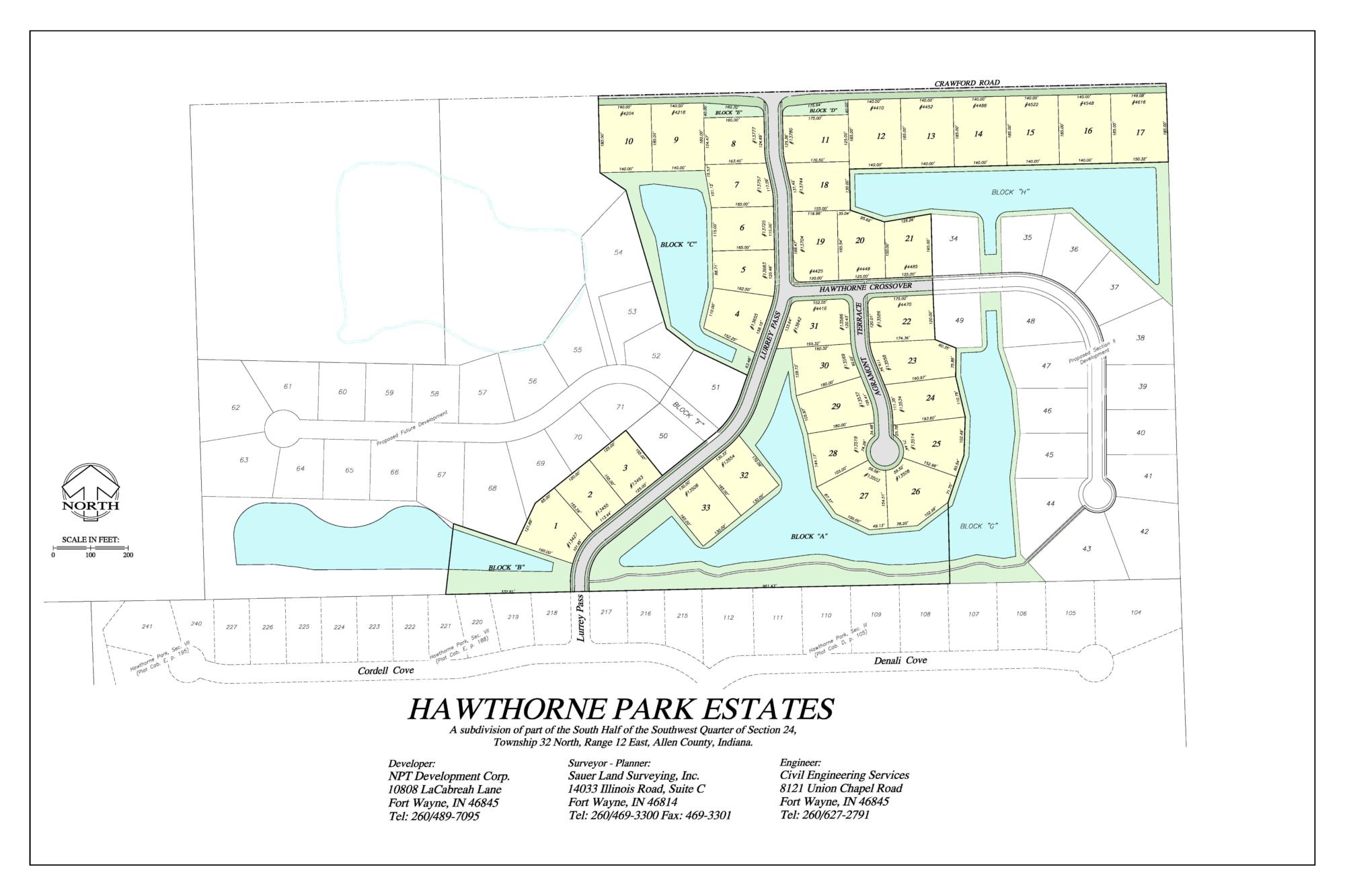 Hawthorne Park was one of the most sought after communities that The North Eastern Group companies have ever developed. The desirable location, sought after school system, and superior design caused home sites and spec homes to sell very rapidly. Unfortunately, Hawthorne Park has been sold out for several years. The recent expansion of the Parkview Health system from Dupont to Union Chapel Roads has driven even more demand in this area and we are excited to announce our newest project, Hawthorne Park Estates.

Lots in Hawthorne Park Estates will range from 100 – 130 feet in width, with the vast majority of lots being prime water lots! In addition to the over sized lots in the interior of this community, unique lots with covenants that allow for architecturally approved outbuildings will be available off of Crawford Road for a more rural setting. Homes are expected to start at over $300,000 with most home sites requiring a minimum of 2200 sf for a ranch and 2600 sf for a two story. Three car garages will also be required.

New Venture Land Corp. will be submitting plans for this project before the Allen County Plan Commission in January of 2010. Much work remains for this new project to become a reality, but initial feedback from the builder and REALTOR communities is that this project should be just as popular as the initial Hawthorne Park.