Don’t miss the 2014 Parade of Homes and Lifestyle Show at The Forest at Foxwood! 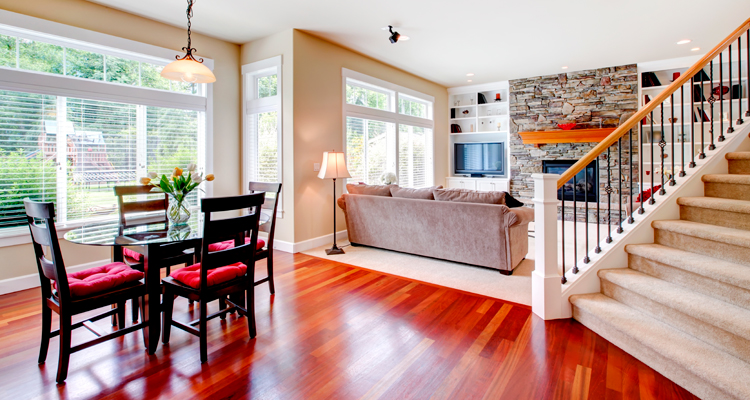 Over the last decade, builders have not only struggled against a weak building and resale market, but also a rapidly changing reality of no longer are decorated model homes a novelty to the public. Builders face the same issues major league sporting faces; HD television has become a formidable force. Just this year at the Brickyard 400, attendance was in the 75,000 to 85,000 range, whereas the same event would have garnered 250,000 or more attendees in the 1990’s to 2000’s.

Even the National Football League was forced to initiate a policy in 1973 to locally blackout a game that was not sold out within 72 hours of the kickoff. These issues arose because of the prevalence of affordable, large screen TV’s that can broadcast events and entertainment into homes “better than live”.

The traditional Parade of Homes sponsored by the local Home Builder’s Associations, where the public pays a fee to tour furnished homes, used to guarantee attendance. Today, the “HGTV effect” has made it much more difficult to entice those attendees. The proliferation of TV’s “home shows” is astounding, going way beyond the DIY trend. Americans can watch innumerable variations of home renovations, observe home buyers all throughout the world select a home to purchase and even go behind the scenes with real estate agents as they negotiate for their clients. The “Pinterest” website effect is another phenomenon that builders will have to compete against as millions of people now spend hours online sharing decorating tips and trends.

In this environment, how can a Parade of Homes attract the public? In Fort Wayne, a partnership between the Home Builder’s Association, the area’s largest land developer, and the Fort Wayne Newspapers is on its way to proving a rebranded Parade of Homes and Lifestyle Show – that’s what it takes! Leave it to long time Indiana Builder’s Association activist, Joe Zehr to take the financial risk attempting such an enormous undertaking.

What makes this show different from a traditional Parade of Homes? Primarily, the synergy created by combining the resources of the Home Builder’s Association, in addition to a well-seasoned land development team with years of experience and vision, and finally the creative marketing resources of a newspaper giant will allow them to accomplish more as a group than they could do alone.

The stage has been set with a remarkable Parade site on a fabulous 17-acre lake with unparalleled home sites. This was quickly followed by enlisting the commitment of 7 of the top builders in the area to build 7 single-family homes and 2 villas within this picturesque setting.

Next came a 310×80 foot, +/- 25,000 square foot vendor tent that is being brought in from outside the state, which will include 100 vendor booths, full service food and alcohol service, a presentation stage, and a full-size model home inside the tent to showcase products of a local remodeler, Window’s Door and More. In fact, it is much more than a tent, it is actually a multifaceted event pavilion.

Additionally, sponsors have been enlisted for each home which will include local charities, financial institutions, media outlets, food services, health networks and local utilities. Not only will these sponsorships provide funding to promote the event, they will also provide incredible exposure through their spheres of influence. Social media is a powerful tool when there are so many diverse players converging.

The partnership with Fort Wayne Newspapers was forged to accomplish several critical goals for the Parade. First was their ability to create a table top quality parade book that would be an enduring piece of art. The editorial and creative staff of the newspaper’s Fort Wayne Monthly Magazine invested significant time and effort in interviewing builders and sponsors, not only in preparation for the Parade magazine, but for pre-event promotion. The newspaper also had the ability to create a world class website to ensure there was more Parade promotion than one could ever afford to purchase outright. Second was their ability to mass marketing in their newspaper, including inserts, one of which is 68 pages long.

Monday: “Cooking in the Homes Day” which will include a partnership with local restaurants featuring sampling of foods in the homes. Food will be provided by local restaurants and specialty vendors attended by the Great Fort Wayne Inc. membership.

Wednesday: “Interior Inspiration Day” with extensive demonstrations designed to spark interest with Do-it-Yourself-ers and those looking to do home improvement.

Thursday: “Outdoor Living Day” with demonstrations on how to make the most of your home with curb appeal and outdoor living.

The final Saturday of the event evolved into a “Family Fun Day” with Bouncy Houses and visits from the Fort Wayne Komet’s mascot “Icy”, pontoon rides on the lake, alpaca petting and a give-away of four tickets to the Komet’s Hockey Season.

This year’s Parade of Homes and Lifestyle Show has truly become the community event that organizers set out to create. Home builders benefit significantly from the additional exposure and interest in new construction that an event like this can create. The entire community benefits as they come together to focus on the many great assets Fort Wayne has to offer residents, and everyone benefits when new homes are built and jobs are created. It takes vision, hard work and the combined resources of committed and dedicated partners to pull off such an undertaking, but the results will be worth it. The 2014 Parade of Homes event is scheduled for September 6th thru September 15th in the Forest of Foxwood in Fort Wayne.

Additional information is available at www.FWParadeofHomes.com.